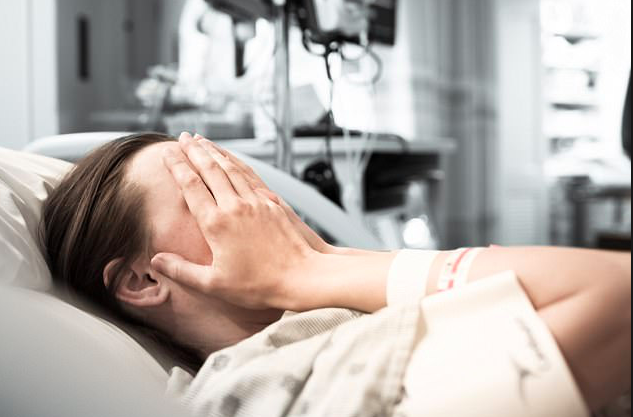 In November 2018 I attended a conference about coercive control where I met Sarah Phillimore — an erudite and impressive barrister. Since then we have had several frank exchanges in online channels. We have differing perspectives on several issues around family law and people’s acceptance or rejection of it — specifically the ability of a ‘lay person’ to understand the complexity of the court system when they are having to deal with the most precious things in their lives. — their children.

As with any strong exchanges by people who are able to vocalise their opinions whilst retaining an open mind; I think it is fair to say we have both positively influenced each other’s thinking — certainly our debate and disagreements have been healthy and have  either validated our opinions or enlightened us about the possibility that there is more than one way to be ‘right’. Sarah and I both firmly believe in the pursuit of facts and logic to guide decision-making; we differ however when it comes to what ‘truth’ can be determined from those facts. Sarah is resolute that facts are facts and that, although laws should be challenged, ‘due process’ should seek to be upheld. My perspective is that facts, like data, can be creatively manipulated to substantiate the point the storyteller wants to make and also facts can be omitted or delivered out of context to tell a different version of events. The intent of the storyteller should be considered beyond the black/white law or rules. It isn’t always possible to uphold due process when cortisol floods the brain promoting the primordial survival instinct of fight/flight such that we see people run from the system. Plus morally challenging the law to evolve it takes a long time and expertise — people in an emergency situation don’t have the ‘lag luxury’ for the system to alter when they are threatened or perceive to be threatened to have their children removed from their care.

Furthermore, when someone is put under stress those stories can become embellished or  distorted so like ‘Chinese whispers’ the last person to hear the story is learning of ‘facts’ that may have significantly changed along the way. To an extent this is the drama of human nature; but when that happens in family court it is a dangerous practice.

Sarah asked me to guest blog on her resource dedicated to child protection services about our different perspectives. Below follows my response to the question; “Why do people hate family court?”. The online resource that Sarah manages is an excellent guide and I urge anyone involved in family court to read the content on the site

Why do people hate family court?

People hate family court for the same reasons they hate hospitals; something pathological has happened to you that you cannot resolve alone and you have to put your life in the hands of people who are deemed to be more expert about your condition than you are. If you’re in family court you’ve likely been through something painful, there’s no guarantee it will stop hurting and the interventions themselves cause bruises. There’s also a hefty bill at the end and the surrounding quality of life direct and indirect costs of loss of earnings and utter exhaustion. Plus … like lots of diseases, it might not go away, it might come back; next time it could be fatal.

Why the determined correlation with medicine? I’m trying to align what I know with what I’ve experienced – knowledge of facts and wisdom of interpretation. I’ve been a medical writer for 25 years following a degree in medical biochemistry and application of that in the research and development of medicines. My entire nature is that of enquiry and fact-based decision making and behaviours. I believe in logic, cause and effect, sensibly following ‘doctor’s orders’.

I’ve also spent too much time in family court as a petitioner which saw 18 hearings in 22 months. My faith in facts, practitioners and the sensibility of court orders was put to the test before, during and after every one of those hearings. It was like preparing for surgery.

Let’s cut to the end result to be able to get back to the original question of ‘hatred’: although technically ‘I won’ — as in the contact order I applied for (on police recommendation) was granted — the experience was like surgery without anaesthetic where you leave feeling as though the presenting diseases may have been excised but fragments of infection are lingering away in septic reservoirs leaving with you a body and mind too irreversibly damaged to recover and parent well. ‘Our case’ was just a lose:lose for the entire family. Both families; the old and the new and the penumbrae of families around us.

Our case had its ‘final hearing’ (an oxymoron if you consider that toxic parenting is a chronic condition) more than a year ago. I’m still haunted by the ghosts of hearings past and have my very own reservoir of Post Traumatic Stress Disorder leaving a lasting impression. The reality of the court orders is that unlike doctor’s orders, I’m already forced into breaking them and live every day with the fresh fear that CAFCASS will find me to be in breach and my ex husband will take me back to court. Because family court transacts on what has happened and assumes that children’s needs are fixed. Funnily enough, children grow and change whereas court orders don’t (without another set of injurious hearings reopening wounds) and as I now have a sentient, articulate adolescent determinedly refusing to stay at Dad’s house that essentially turns me into a criminal and opens me up again to allegations of the never-proved, academically derided ‘junk theory’ of parental alienation.

Like Andrew Wakefield’s infamous MMR causal link to autism saw him struck off yet the myths still perpetuate; parental alienation accusations conveniently drown out what ironically is ‘the voice of the child’ – child says ‘this is happening to me; I don’t like it’, CAFCASS officers respond with ‘they’re too young to know what they’re saying, they are the mouthpiece of the parent’. Pick a lane please. By all accounts, therefore, if recent judges’ blunt condemnations that ‘alienating mothers should be subjected to a three-strikes and you’re out’ – or imprisoned – then who knows if my next blog will be about life behind bars?

Despite living in purgatory, I have been able to step back and consider what in the hell happened there. My observations are that, like medicine, where a diagnosis, prognosis and treatment is sought through sedulous investigation of symptoms to reach a purely factual outcome – so too does the law of family court (specifically the implementation of ‘The Children’s Act’) rely on facts to achieve a sensible outcome that secures the best outcome for the child. As such, both the practices of medicine and law are ones which rely on its participants and processes being underpinned by integrity and accuracy. Trust should therefore be implicit.

However, neither medicine nor law accommodates human nature and emotions – which when put under pressure will contort and eclipse rational and logical decision-making. When afraid, hurt, confused or distressed the easiest of the emotion to employ is anger. Family court is that A&E part of the hospital where anger dominates; complex decisions are being made amidst a melee of jargon, allegations, process and manipulation. It becomes too easy to archetype ‘all mums are histrionic and cry wolf on domestic abuse’ or ‘all dads are intimidating and claim parental alienation’. However, this isn’t about gender – it is about which parent is the angriest parent in family court because they are more likely to be the one also prepared to be the most ruthless; to take the greatest risks. When parties enter the court they will each know how to attack and defend and how far the other is prepared to go.

The hate of family court is the knowledge that parties will default to their character type and court processes and practitioners by their very need to be thorough and percipient to protect a child have to also be open to the angriest party’s determination to exploit those people and processes in continued pursuit of punishment.

People hate family court because it prolongs the pain of punitive pursuit.

I could further my anecdotes and detail the utterly ludicrous allegations postured at me that I had to defend. But that would be pointless precisely because I was able to defend them thanks to a brilliant barrister and very caring solicitor who, importantly, were able to get me to listen all the while that my anger and fears were raging towards a maelstrom that possibly would have seen me lose custody of my own children and only be permitted supervised visits. If my ex had got his way and the full force of his anger and risk-taking of out and out lies had succeeded in influencing the judge as they biased the CAFCASS officer throughout proceedings then this story might have been very different indeed and even have seen our children placed in the care system. I won’t comment on the allegations because that’s the subject of a different blog (how narcissistic parents behave in court).

But that is why only relying on ‘facts’, denying how emotions can influence behaviours and seeing things in the fixed black/white process of the law is merely sticking a plaster over a seeping wound. People hate family court because it is sterile and doesn’t accurately reflect life outside the chambers. The law is fixed, but life is fluid. And people’s emotions over their children will always spill over … the angrier, the louder, the more heinous the allegations, the blunt threats and brinksmanship of disingenuous practitioners … when faced with the prospect of fight or flight, most mothers without strong legal support will run.

There needs to be allowance for the emotions of all parties and just as a good doctor seeks to help the physical and holistic needs of a patient; so too must family court consider the importance of helping and communicating that it should be a place for resolution rather than fuelling hatred. That can only begin when we seek to align knowledge of facts and wisdom of interpretation.

One thought on “Why do people hate family court?”

Mother, lover, writer, friend, runner and all-around agoniser, I'm a regular lass trying to adapt and be the best ex-wife it is possible to be. Stealing the credo of "nothing you can do or I will do will stop me dancing with you at our children's weddings" (thanks MW) this blog is a no-harm-meant, don't make the same mistakes I did observation of living positively and compassionately after the brutal experience of divorce. You can buy my poetry anthology -- "The Secrets of Women" from Amazon. Sorry about the hard-cross-sell but as a happy divorcee who now shops in Aldi where once it was Waitrose; there's bills to pay!

If there are subjects you would like me to comment on or you have questions relating to going through a divorce or life after divorce please let me know. You can do this by leaving a comment and or sending me a message. We may as well get through this with humour -- transform the hubris to happiness!
Follow How to be a happy divorcee on WordPress.com